The studio that has no roof (February 2016 - June 2017) is an integrated garden, artwork and workshop programme commission; at Bracken Educate Together National School, Balbriggan, County Dublin.

Team
The project is a collaboration between a curator, an artist, an architect, and a horticulturist; it involved the creation of an outdoor space and a series of workshops designed to support social and creative activity with the school children.

Garden
The garden is located in the main courtyard of the school. A space circulated around, but by school operation, rarely used or occupied - the designated play spaces are situated elsewhere on campus. Our design intention is to create a space that works in a double manner. First, as a space that’s in constant visual use but rarely entered - an objectifiedspace. Second, during the milder months, a space to be used socially for creative activity. We wanted to avoid a condition where, during the colder months, one was looking through a window at empty benches. To achieve this, we manipulated the topography to create mounds which during the colder weather, when left to overgrow, could become wild and shaggy, and in milder
weather could be shorn back to create a natural place for seating, running on, jumping off or lying and daydreaming. The pergola forms an interstitial space linking the inside of the school to the garden, the children describe it as ‘like a forest’.

Artworks
As part of the development of the garden as a place to encounter contemporary art(s), we commissioned three site-specific permanent artworks ‘I WAS HERE’ a neon installation bringing life to a wall in permanent shadow, and two bronze sculptures ‘The mushroom pickers’ and ‘tinkerbell M’. 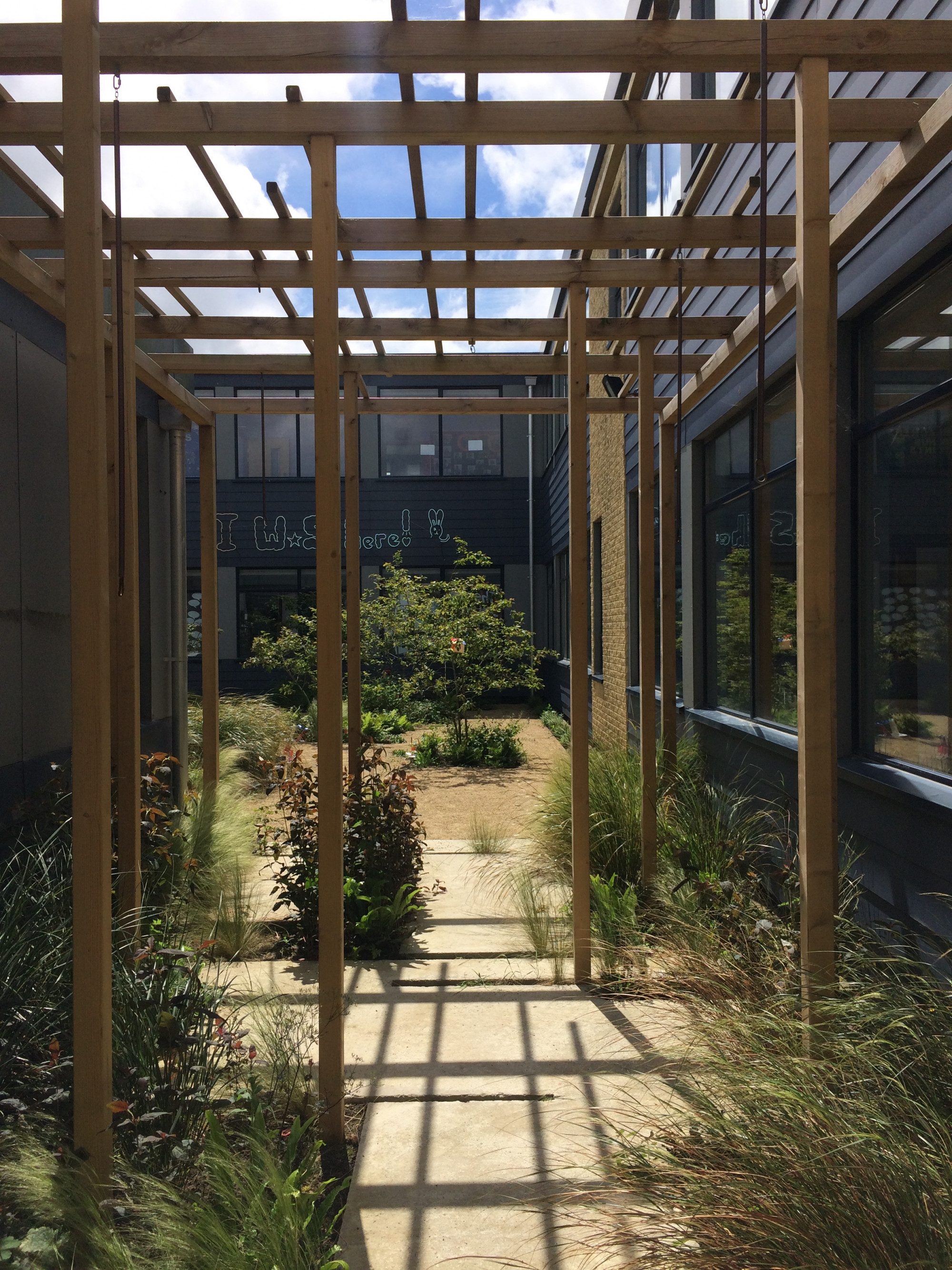 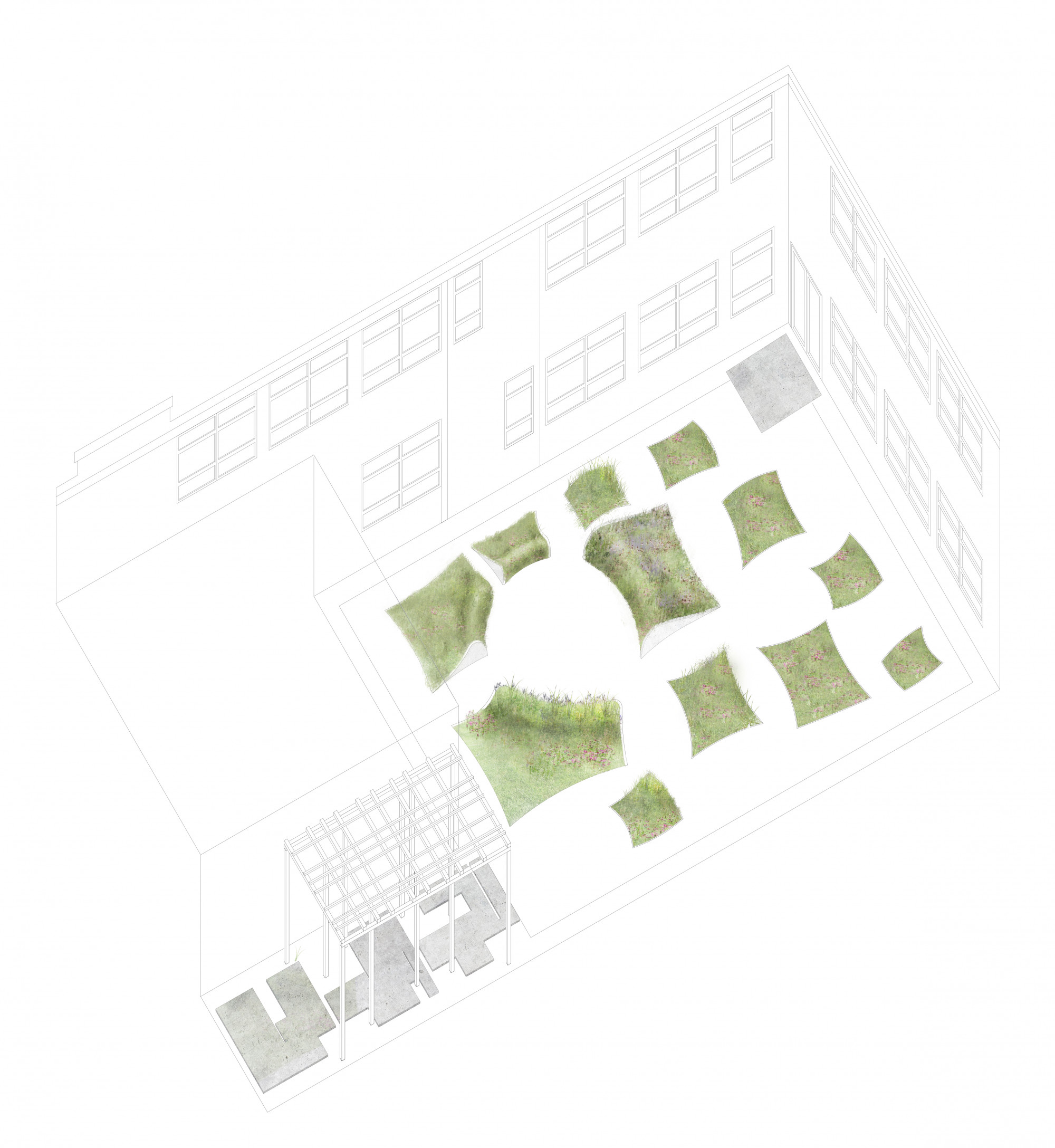 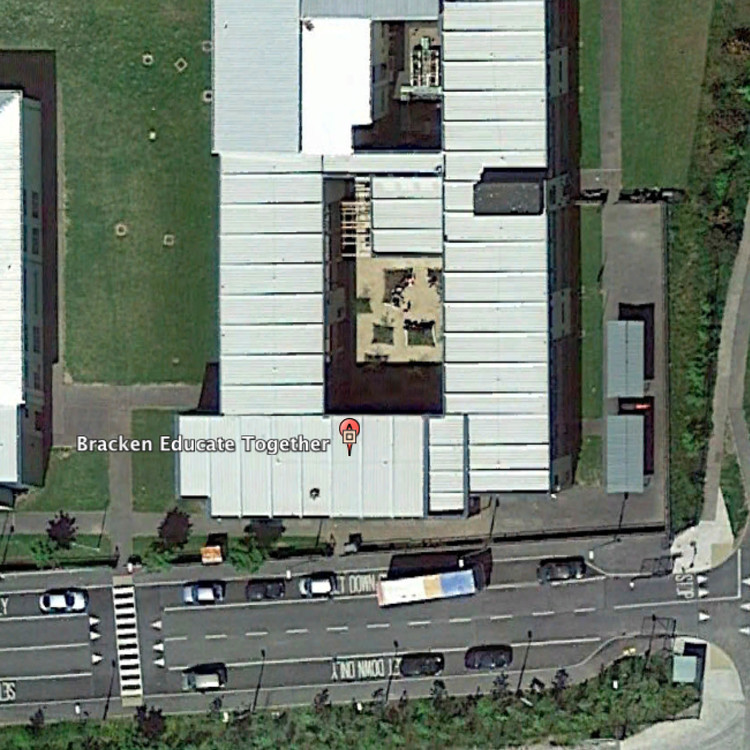 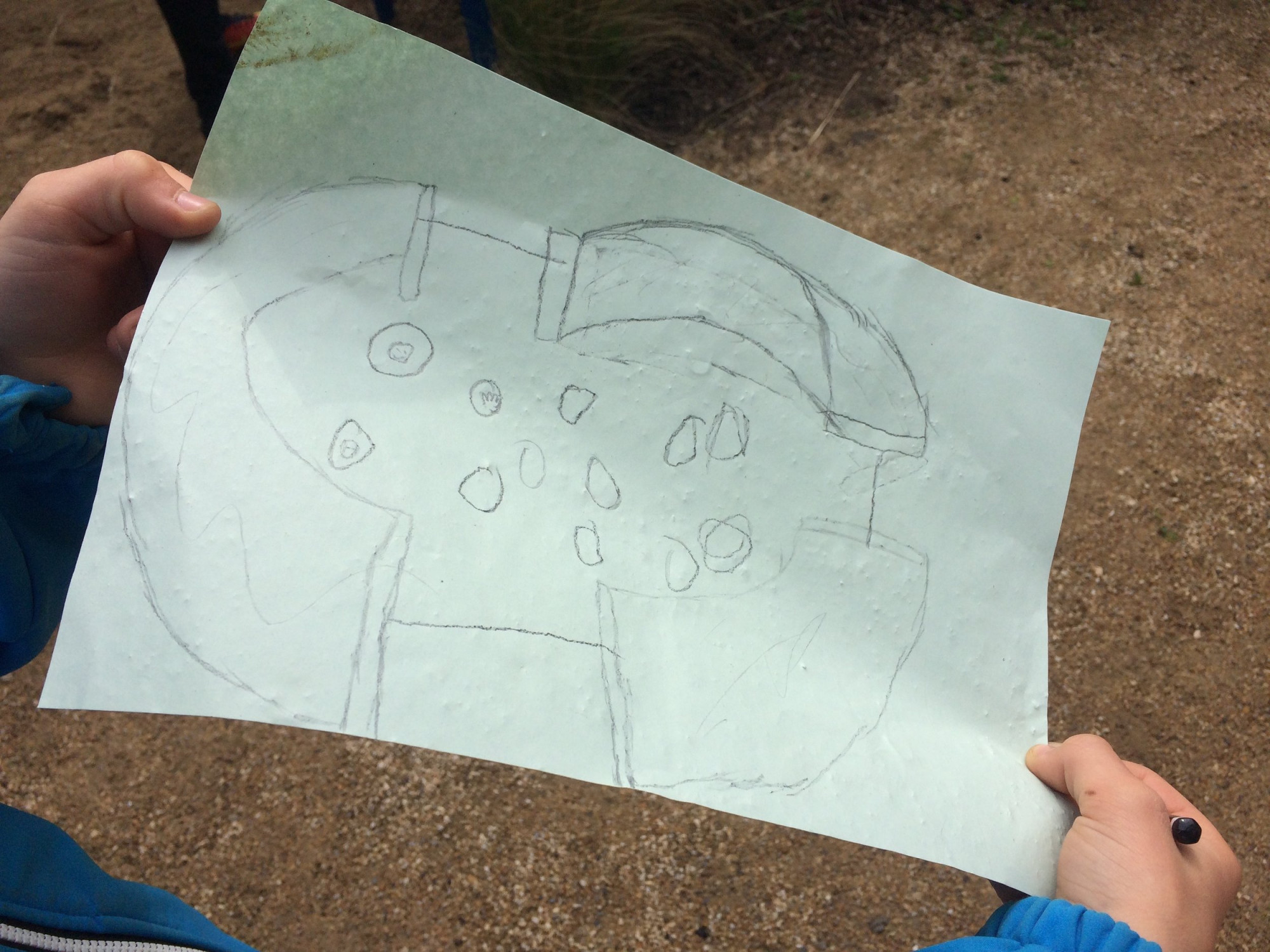 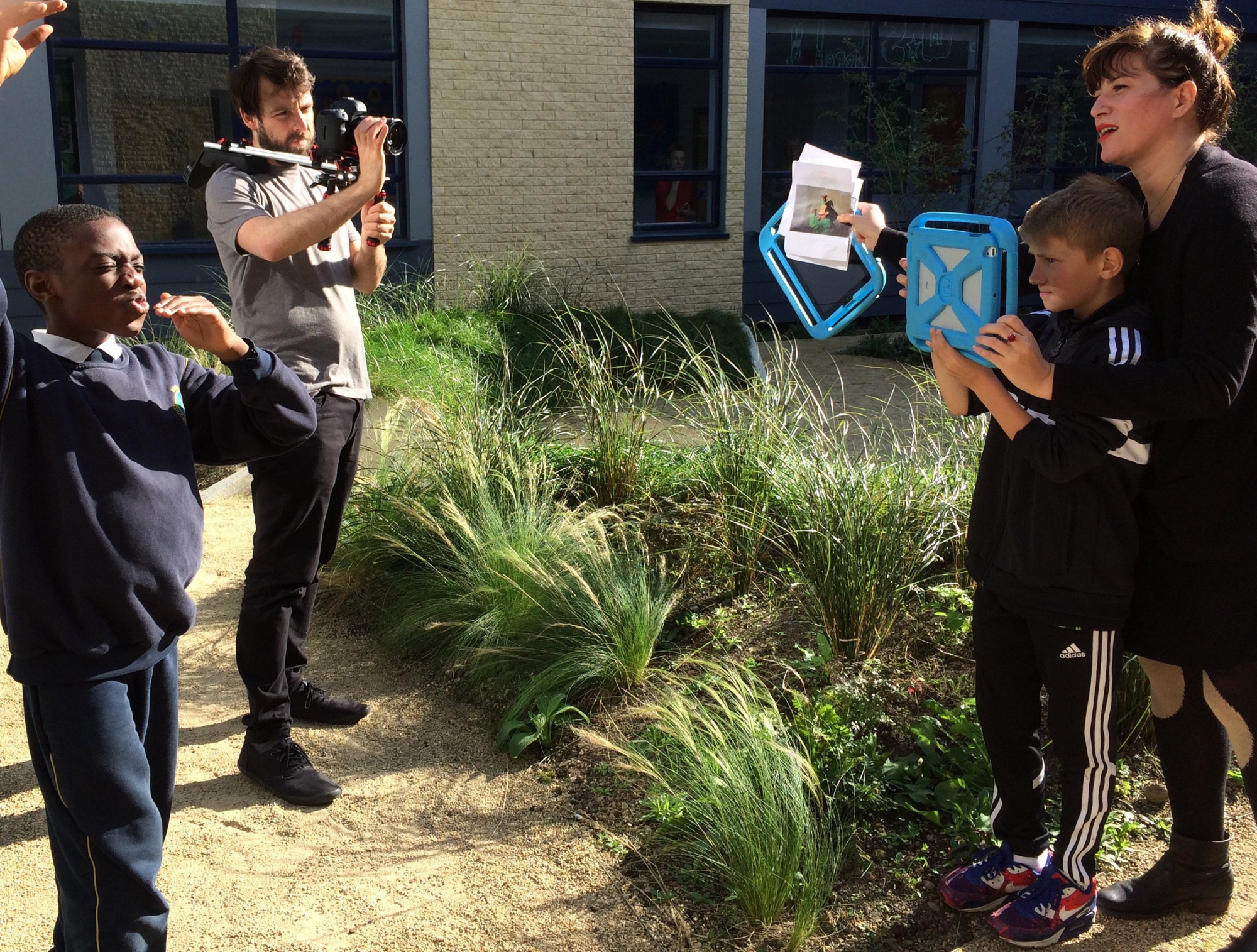 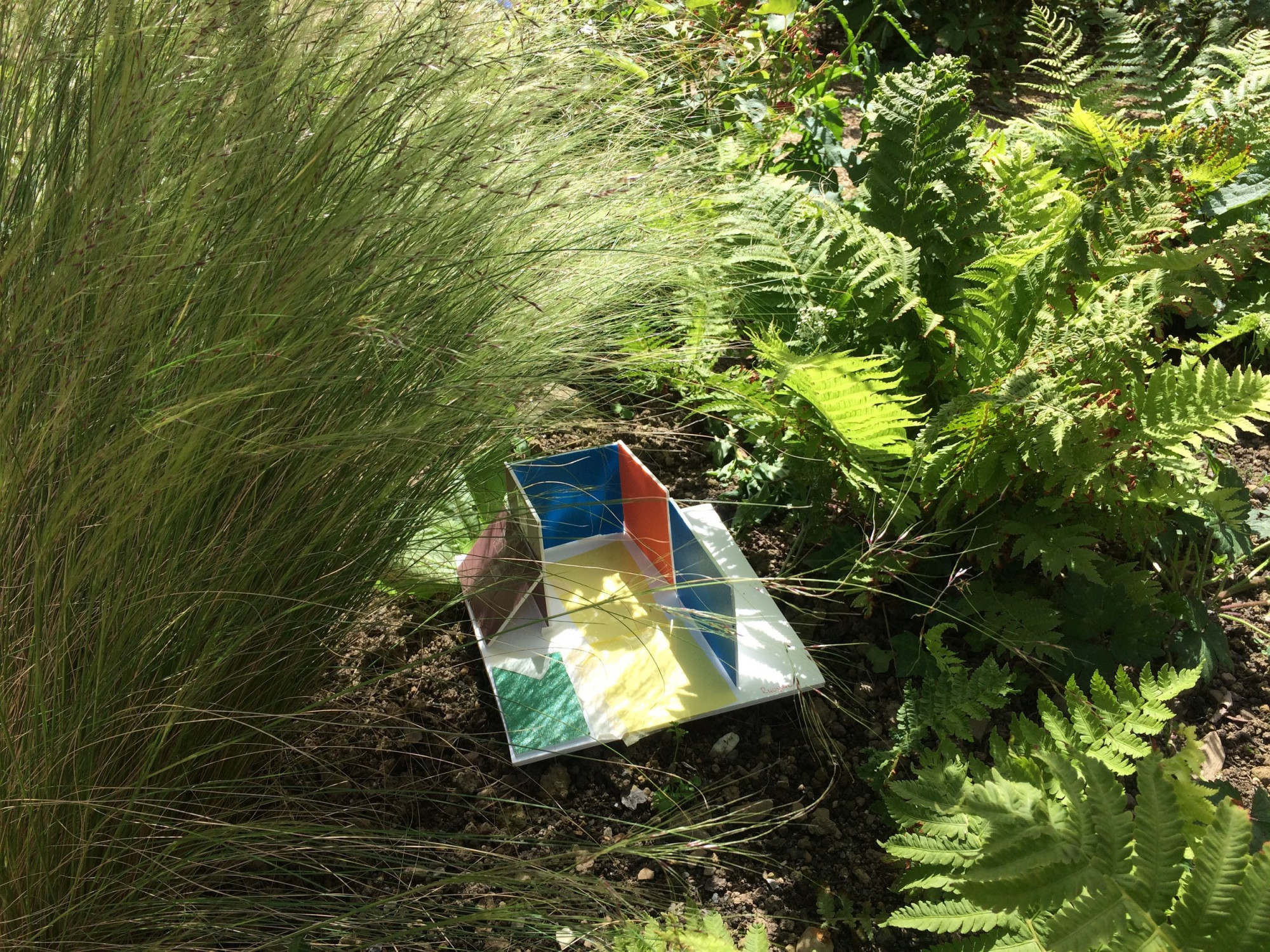 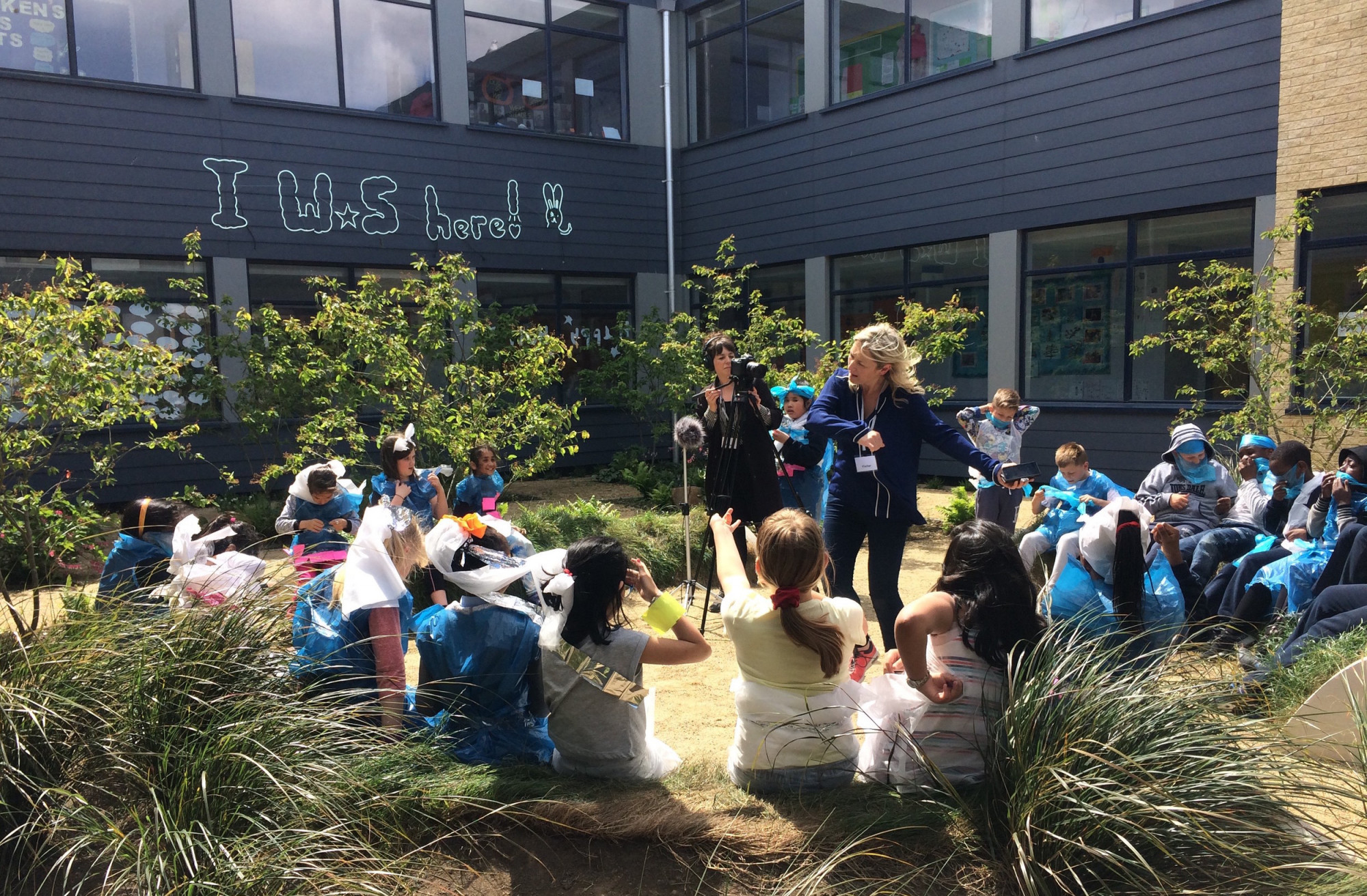