The building is a steel structure. It appears too thin to stand up. This is due to the presence of an apparent structural system, the didactic system, which acts only in compression. There is another, concealed system, the non-didactic system, which acts to make up a series of 3m tall trusses that perform in compression and tension. Thus, the apparent and actual material basis for the building is suspended to those who experience it. Non-didactic space is, therefore, a pedagogic, spatial, and structural idea. The building has a multiplicity of environments. The roof yard is uncovered. The ground yard has a roof but no walls. Circulation is primarily through concrete tube stairs, which are structurally independent. These lead to open areas behind one thin layer of glass. Classrooms and offices are behind another layer. This “thick double skin” allows for an interstitial winter-garden environment, perfect to play hopscotch or football in on a soft Irish day. Structure and skin make a coherent body for the building-as-organism. 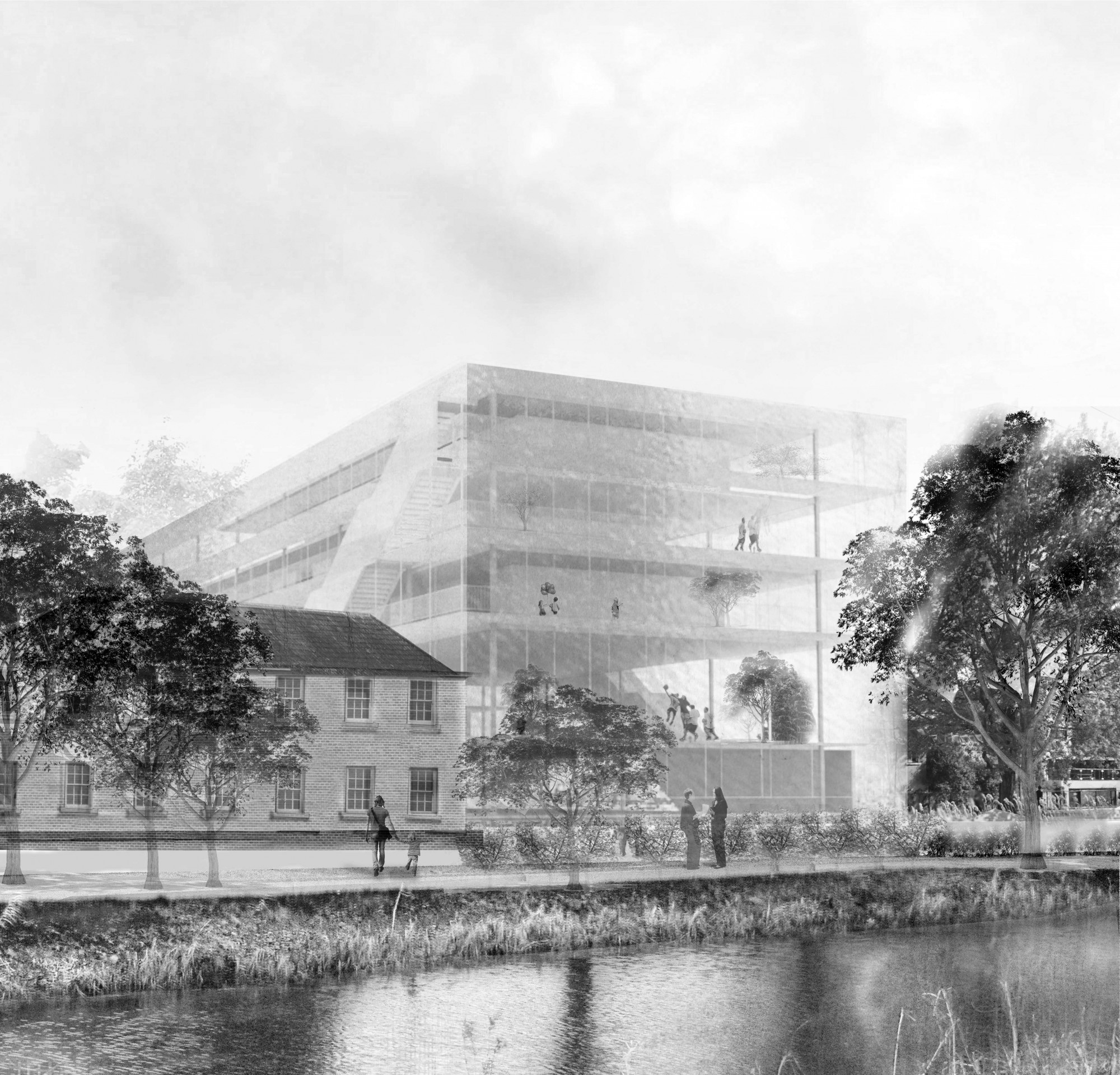 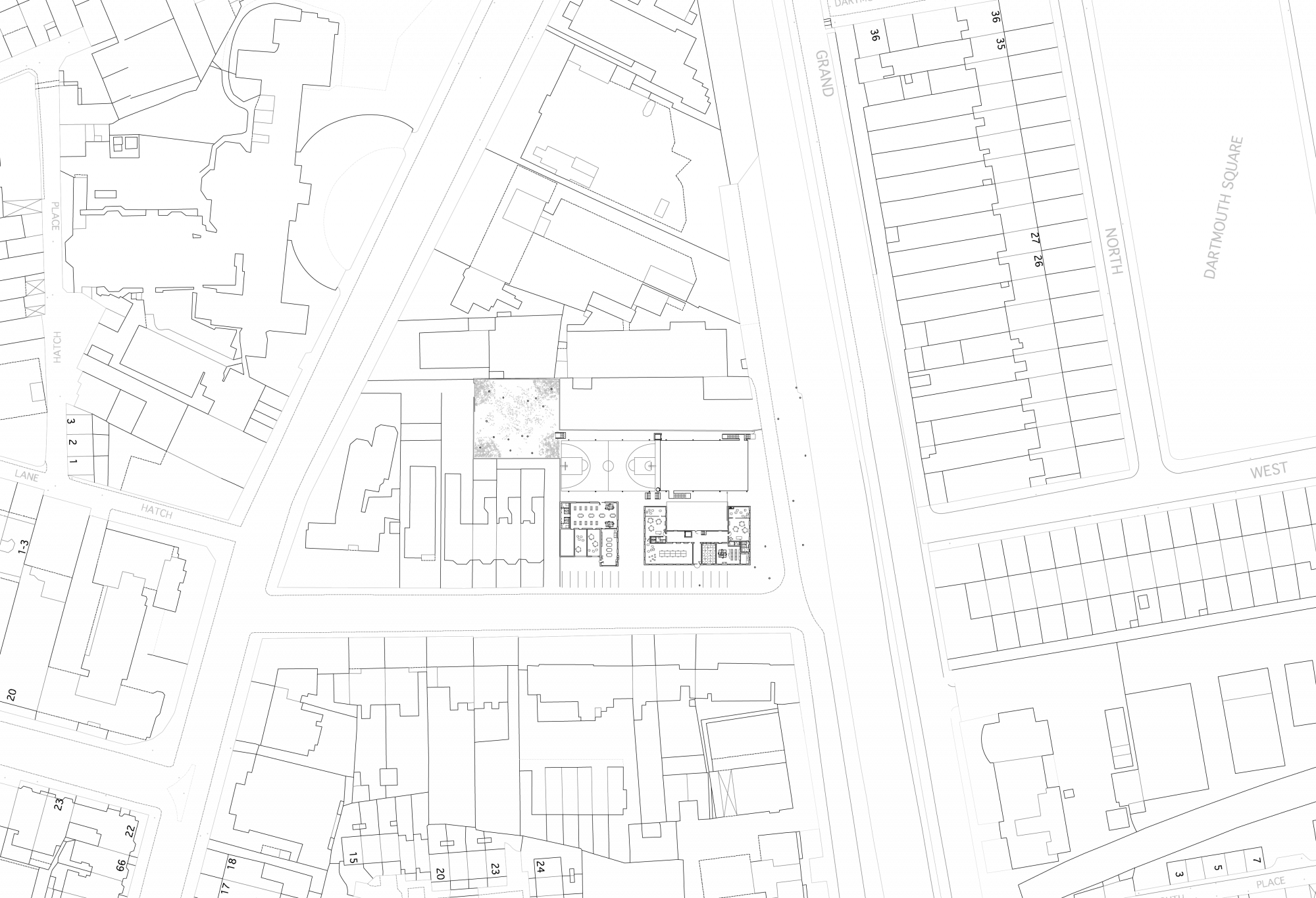 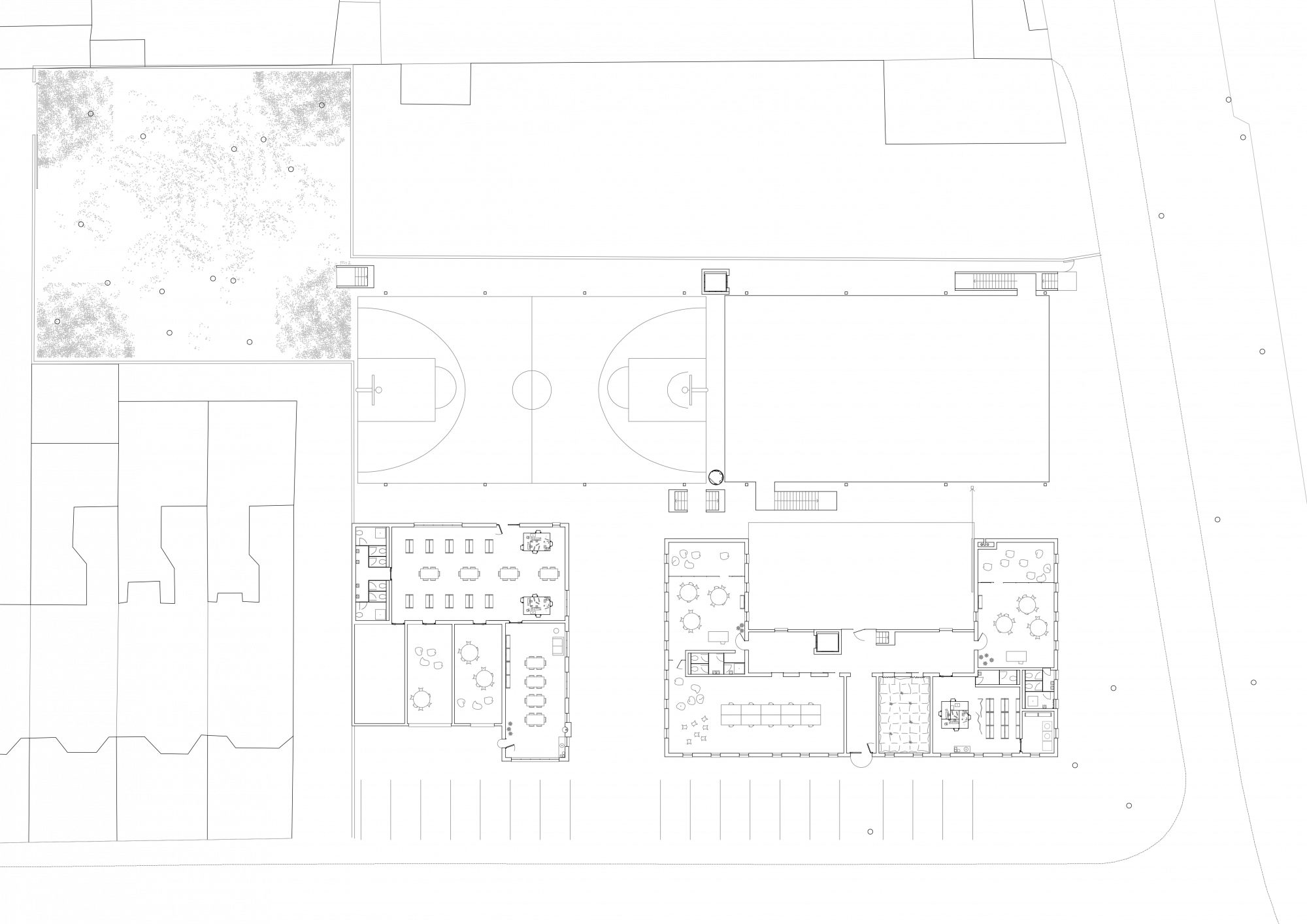 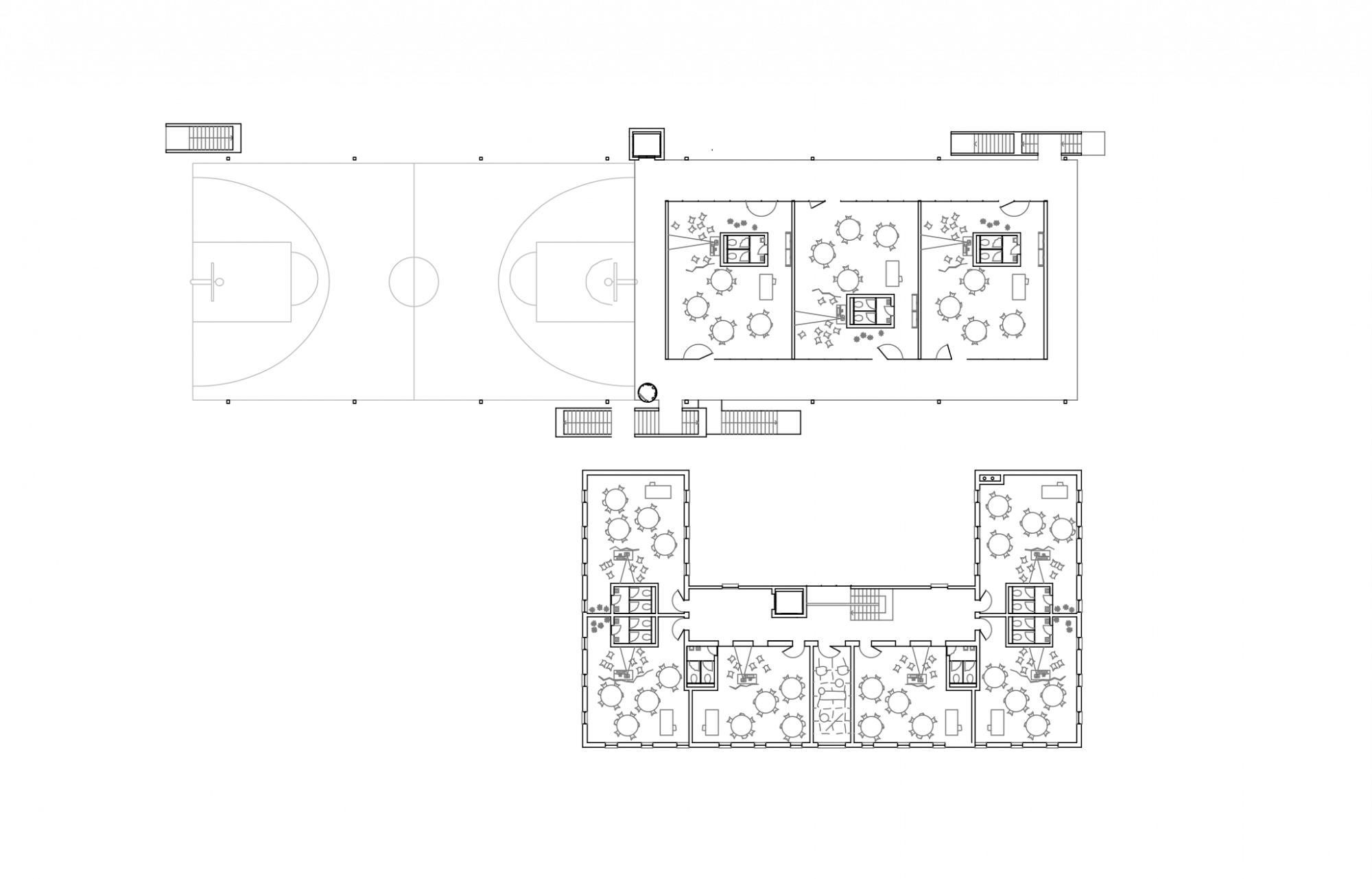 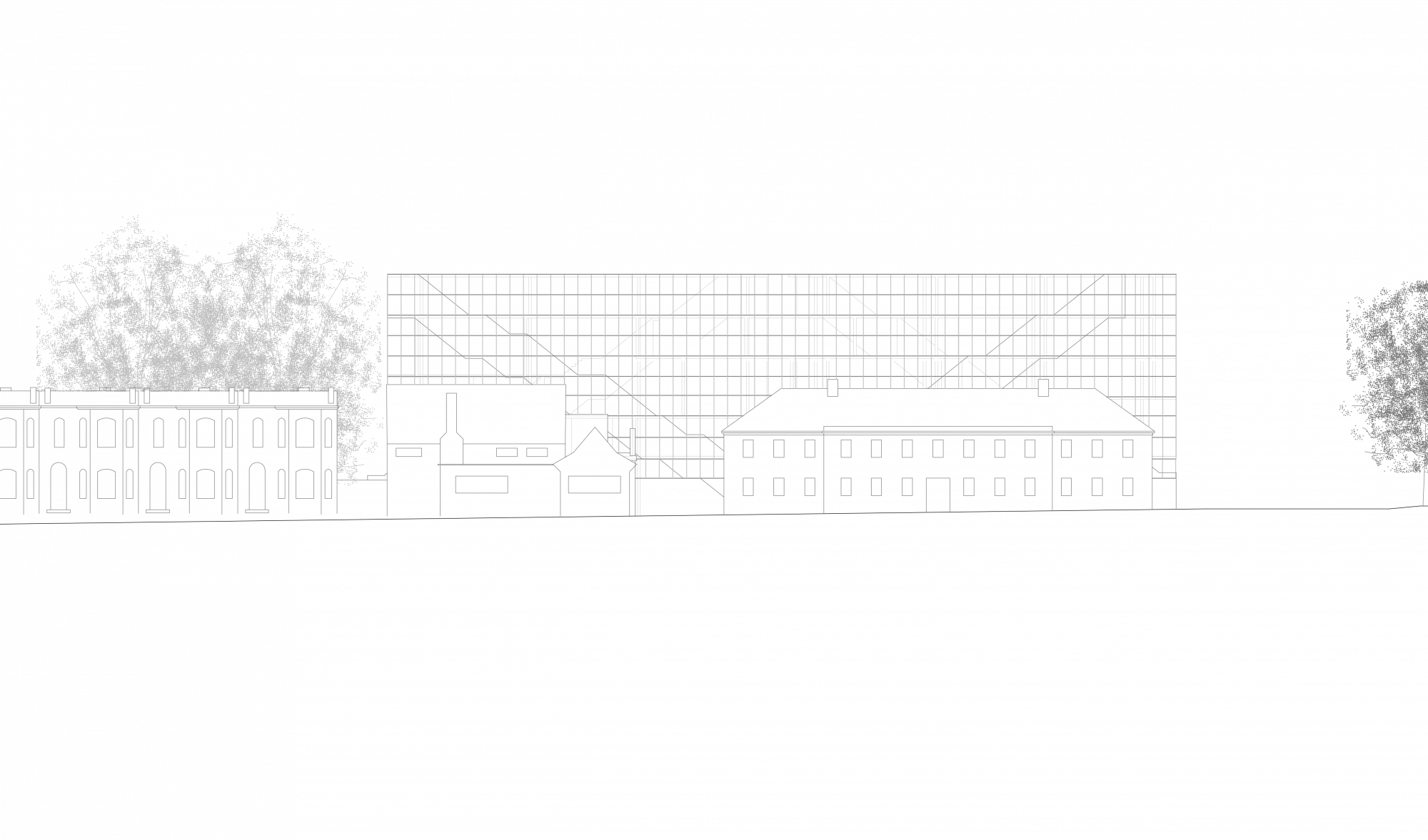 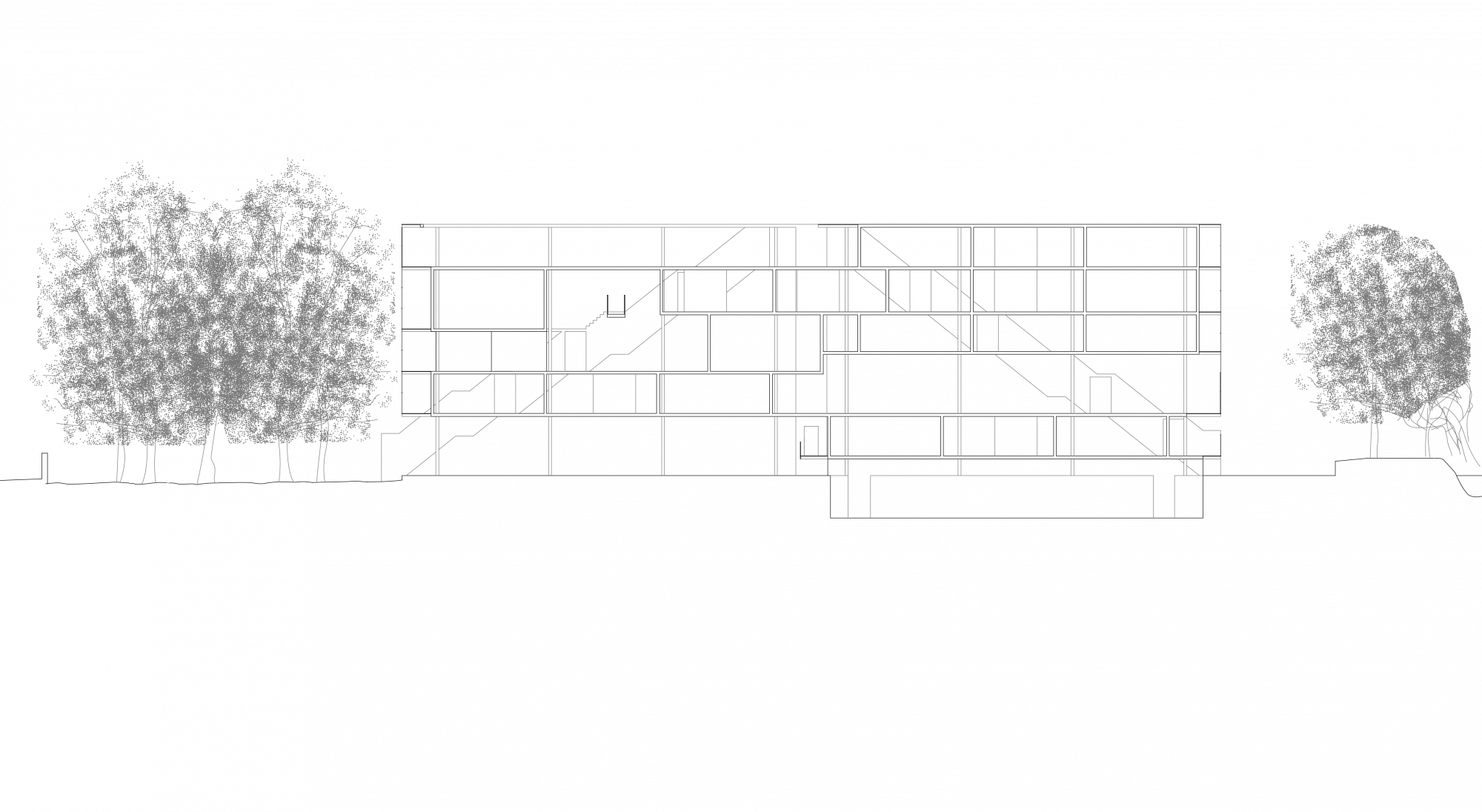